Andres Chaparro is a mixed media painter and collagist whose bold and expressive art captures the essence of jazz music. Chaparro’s work most recently has been published in the book “Making The Cut, Volume 1, The World’s Best Collage Artists” by Crooks Press in Australia. As his work continues to rise in recognition and garnered by art and music enthusiast around the globe, Andres continues to refine his own visual vocabulary through his focus on the intersection between art and music.

As early as he can remember, music and art have been an important part of his life. At the age of 13, Andres was introduced to jazz music which he made an instant spiritual connection. This was a defining moment in his life as an artist. While in high school he would make frequent visits to the Wadsworth Atheneum Museum, which opened up the world of visual art for him. He always had an affinity for drawing, but it was the museum visits that made him fall in love with art.

In the late 1980`s Andres began painting on canvas, while completing his studies in New York City. He explored jazz as an enthusiast and visited SoHo art galleries and other major museums during this time. Chaparro early paintings explored different mediums and subject matters; but he was always drawn back to Jazz inspired work.

Andres’ paints out of his Windsor, CT studio, his mix media paintings incorporate collage, oil pastels, marker, crayon, pencil, acrylic, spray paint and found objects. His artwork is fluid and free, and the paintings reflect more concern for spontaneous emotion rather than traditional conventions, strong color contrast, and distorted subject matter. His collage artwork has gained international acclaim and collected worldwide. The mix media collage you find the use of oil paint, collage, pencil, pen, & marker. The work focuses on a more intricate, and executed approach to creating pieces of work that speak to not only jazz music, its pioneers, and contemporaries, but to social awareness, & equality.

“I work without premeditation simply following the path that each painting sets forth for me. I strive to create an example of ideas that reflect the desire to inspire social consciousness, and cultural awareness. Jazz music is the catalyst to all my work, and I see myself as the conduit in which the music is transcribed onto the canvas.” 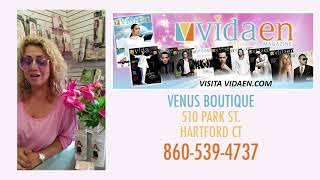